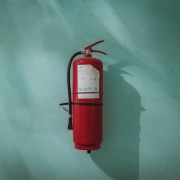 The consequences of neglecting your responsibilities regarding fire safety are potentially unthinkable. Punitive fines and even prison sentences can be handed down for serious breaches of fire-safety laws and, of course, lives can be lost.

A landlord in Camden is the first ever to be banned from letting in England for fire safety risks and overall breaches against the Housing Act 2004. Cesar De Sousa Melo was fined £14,000 and banned for four years in letting any house in England for fire breaches and putting the tenants’ lives in danger, a tribunal court heard.

Camden council reported that after investigation, it was found that there were no adequate fire/smoke alarms. The council said: “Tenants’ health and safety at Goldington Crescent was placed at risk through non-working fire alarms, a kitchen door broken off its hinges and the property being overcrowded, and the kitchen was too small.” All tenants were identified as young, overseas tenants who were vulnerable to exploitation, who had their health and safety ‘compromised’ through the landlord’s neglect.

This case is the first of its kind in London, where a landlord is banned from letting for numerous safety breaches including fire. Mr Melo’s operation at all the flats has now been ceased, and all the flats have been fitted with working smoke/fire detectors.

An interesting case that’ll hopefully lead to landlords stepping up and taking responsibility for fire safety.

This site uses cookies. By continuing to browse the site, you are agreeing to our use of cookies. Yum!

We may request cookies to be set on your device. We use cookies to let us know when you visit our websites, how you interact with us, to enrich your user experience, and to customize your relationship with our website.

Click on the different category headings to find out more. You can also change some of your preferences. Note that blocking some types of cookies may impact your experience on our websites and the services we are able to offer.

These cookies are strictly necessary to provide you with services available through our website and to use some of its features.

Because these cookies are strictly necessary to deliver the website, refuseing them will have impact how our site functions. You always can block or delete cookies by changing your browser settings and force blocking all cookies on this website. But this will always prompt you to accept/refuse cookies when revisiting our site.

We fully respect if you want to refuse cookies but to avoid asking you again and again kindly allow us to store a cookie for that. You are free to opt out any time or opt in for other cookies to get a better experience. If you refuse cookies we will remove all set cookies in our domain.

We provide you with a list of stored cookies on your computer in our domain so you can check what we stored. Due to security reasons we are not able to show or modify cookies from other domains. You can check these in your browser security settings.

We also use different external services like Google Webfonts, Google Maps, and external Video providers. Since these providers may collect personal data like your IP address we allow you to block them here. Please be aware that this might heavily reduce the functionality and appearance of our site. Changes will take effect once you reload the page.