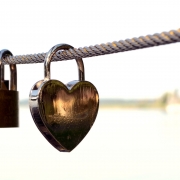 There is a common belief that talking about suicide with someone that is suicidal can be dangerous,  however RedArc has created a campaign to raise awareness about how having open conversations with suicidal people including employees, can save their lives. It believes that anyone can immeasurably help a suicidal individual not just professionals, by asking direct questions and listening to the replies.

Construction sites have been ranked the most lethal occupation for corporate manslaughter in the UK, but it is not just because of the dangerous machinery or risky heights, the high demands and constantly working away from home, has caused suicidal rates to be three times higher than the national average. More than 1,400 construction workers, specifically men, took their own lives in 2011

How to start a conversation with a suicidal employee

· Ask your colleague how they are doing;

· Listen to understand rather than to respond, without judging;

· Mention changes that you have realised in your colleague’s behaviour and let them know that you are concerned about their emotional wellbeing;

· Offer to arrange an appointment for further professional help for your colleague;

· Stay in contact with your colleague so that they know you care.

This site uses cookies. By continuing to browse the site, you are agreeing to our use of cookies. Yum!

We may request cookies to be set on your device. We use cookies to let us know when you visit our websites, how you interact with us, to enrich your user experience, and to customize your relationship with our website.

Click on the different category headings to find out more. You can also change some of your preferences. Note that blocking some types of cookies may impact your experience on our websites and the services we are able to offer.

These cookies are strictly necessary to provide you with services available through our website and to use some of its features.

Because these cookies are strictly necessary to deliver the website, refuseing them will have impact how our site functions. You always can block or delete cookies by changing your browser settings and force blocking all cookies on this website. But this will always prompt you to accept/refuse cookies when revisiting our site.

We fully respect if you want to refuse cookies but to avoid asking you again and again kindly allow us to store a cookie for that. You are free to opt out any time or opt in for other cookies to get a better experience. If you refuse cookies we will remove all set cookies in our domain.

We provide you with a list of stored cookies on your computer in our domain so you can check what we stored. Due to security reasons we are not able to show or modify cookies from other domains. You can check these in your browser security settings.

We also use different external services like Google Webfonts, Google Maps, and external Video providers. Since these providers may collect personal data like your IP address we allow you to block them here. Please be aware that this might heavily reduce the functionality and appearance of our site. Changes will take effect once you reload the page.